Richard Neutra’s Hendershot House sits on a site with a steep drop in elevation from the street level down to a stream set in narrow banks that winds through a densely wooded area to the rear of the site. Constructed between 1962/63 for Robert L. Hendershot and Harumi Taniguchi, sole owners of the property for over 50 years.  During this time, the house had undergone several alterations, adjusting to the Owner’s changing needs and showing remarkable adaptability.

Some alterations, anticipated future expansion, were loosely defined in the original plans. These were completed by Richard Neutra.  Other changes occurring much later were completed by Dion Neutra and later by John Blanton, a Neutra apprentice who became a trusted collaborator. Neutra's alterations occurred within the limits of the original perimeter walls, in unfinished and unexcavated areas. While subsequent alterations by Dion and Blanton, were more substantive, introducing programmatic re-organization, along with new floor areas that extended beyond the original footprint of the home.

When the house was eventually put on the market in 2017, GPCO was engaged by the new owners, to evaluate the home and initially protect and stabilize areas of deferred maintenance.   During this time, archival materials were accessed to research the history of the house via drawings, specifications, and correspondence between Neutra and his clients.

Eventually, a restorative strategy was developed in which the additions and modifications introduced by Dion and Blanton would be maintained to mark the unique history of the home that was touched by three generations of the Neutra office.  These areas would be lightly altered to accommodate contemporary amenities and functions, allowing original portions of the home to largely remain intact. The courtyard was adapted,following conversations with Dion, to re-introducing an un-realized water feature, which is now in place on his suggestion. 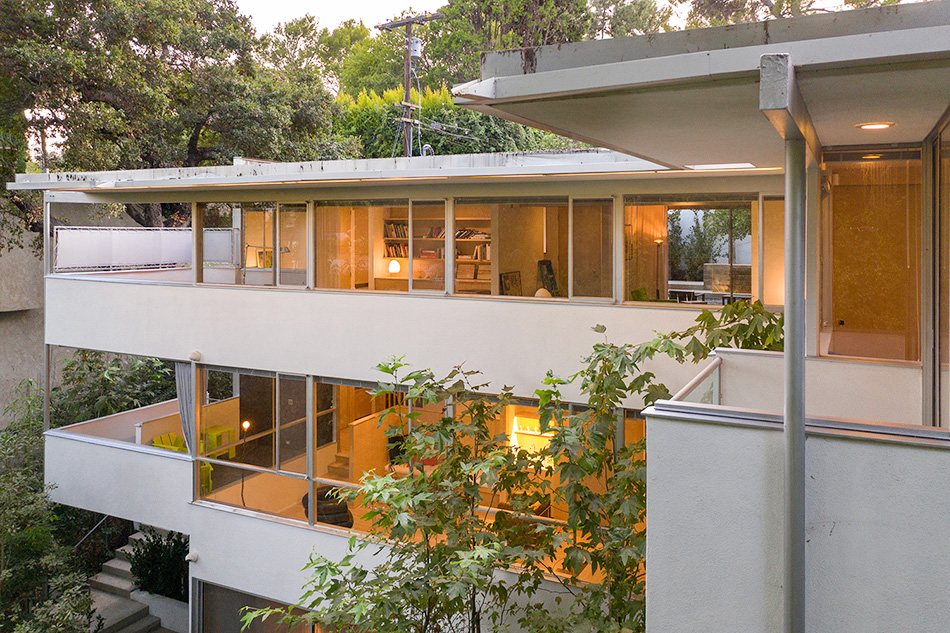 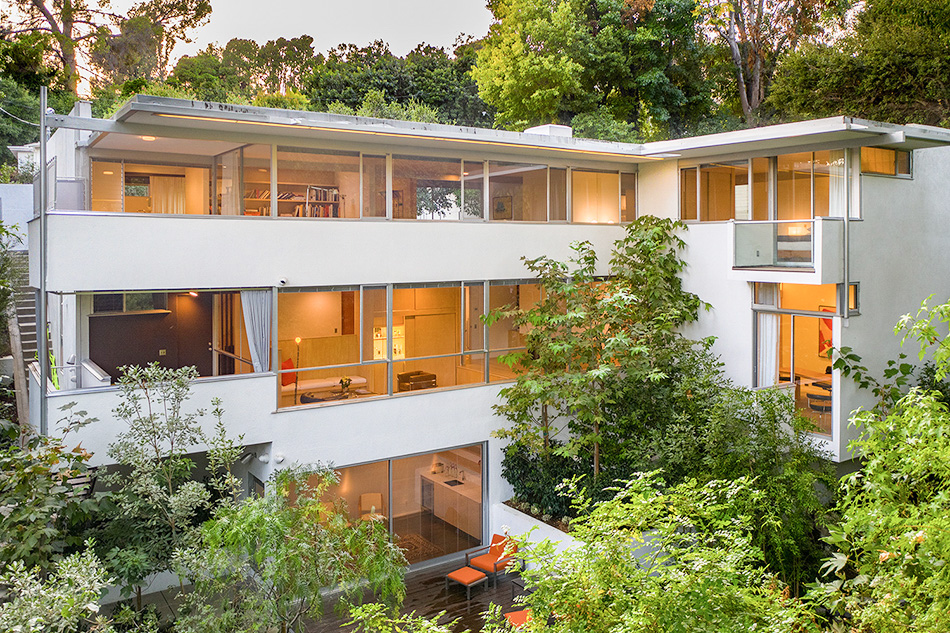 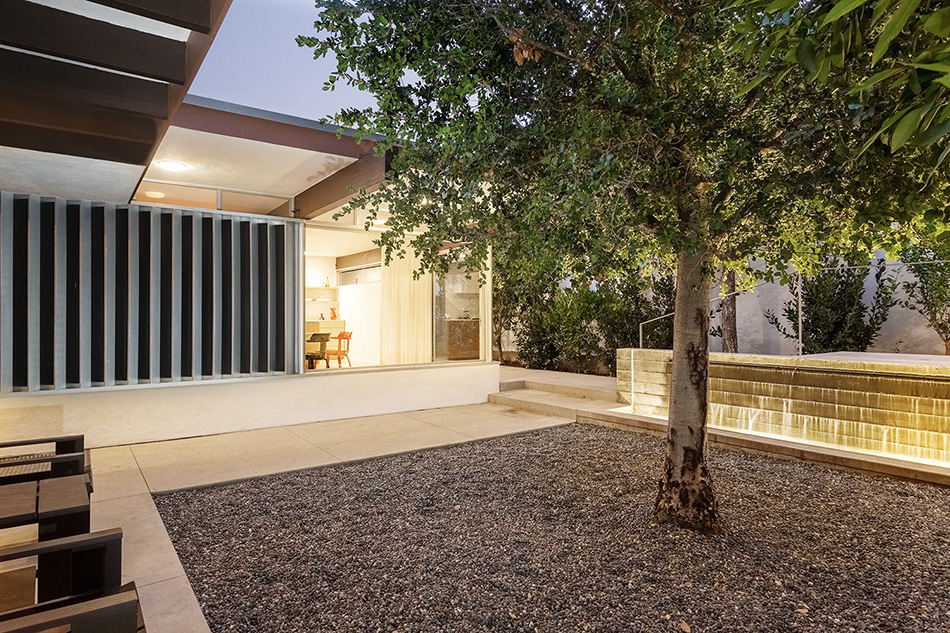 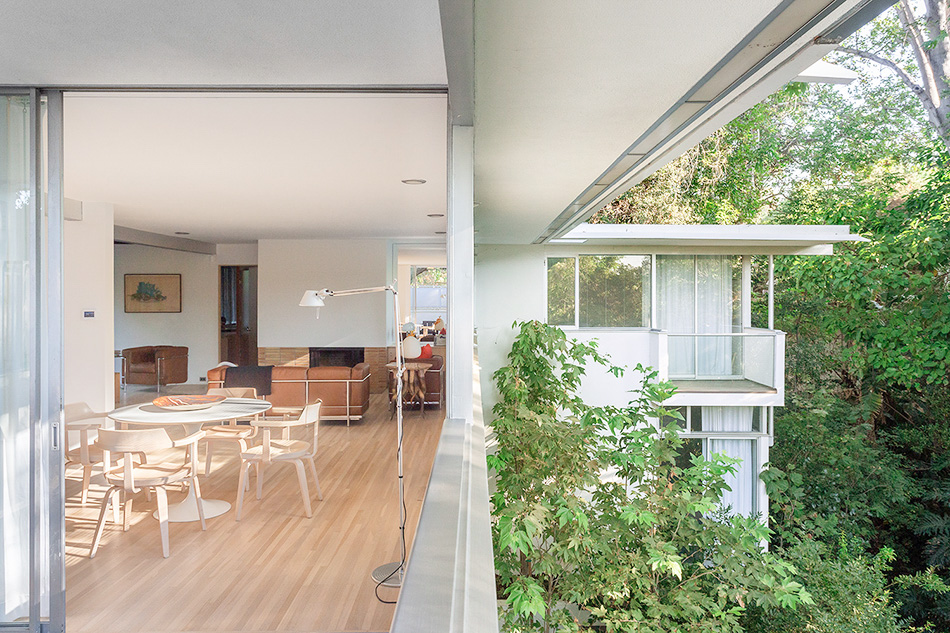 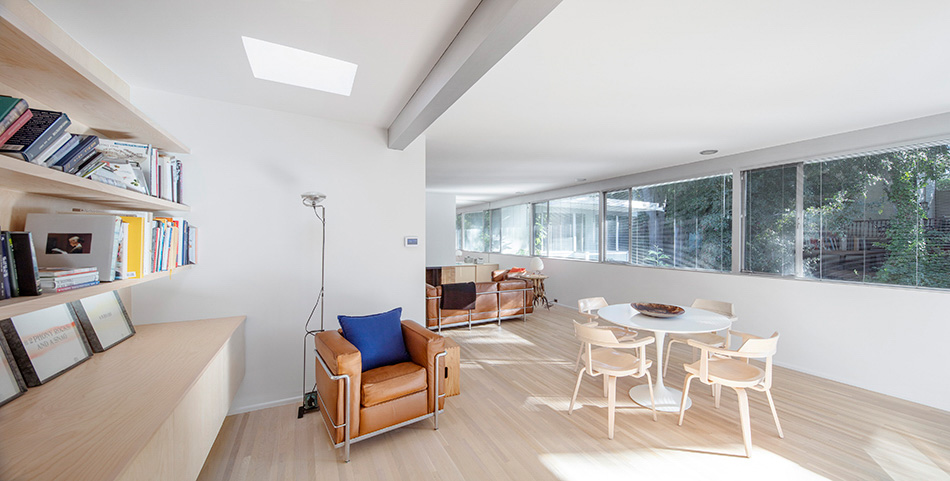 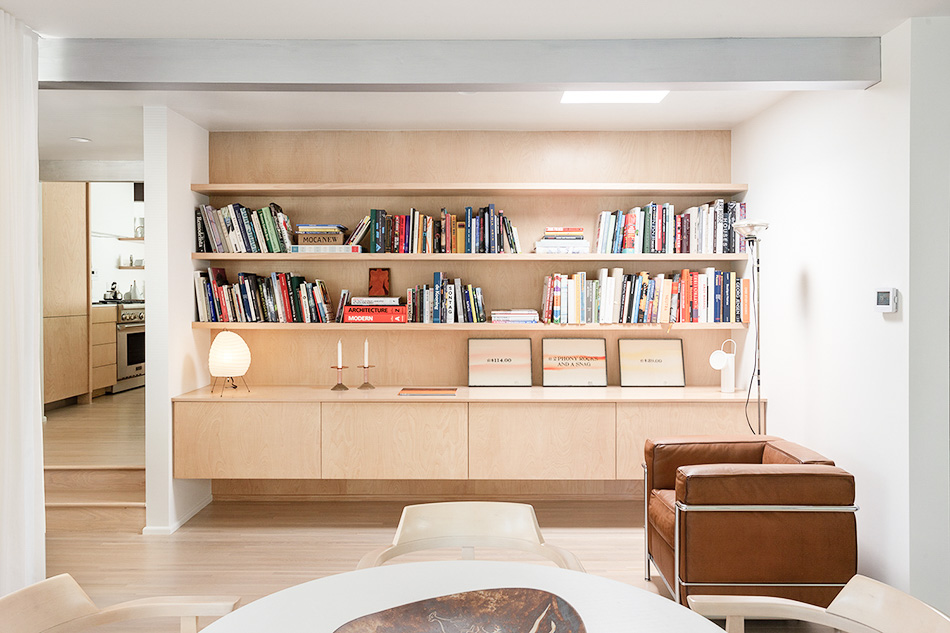 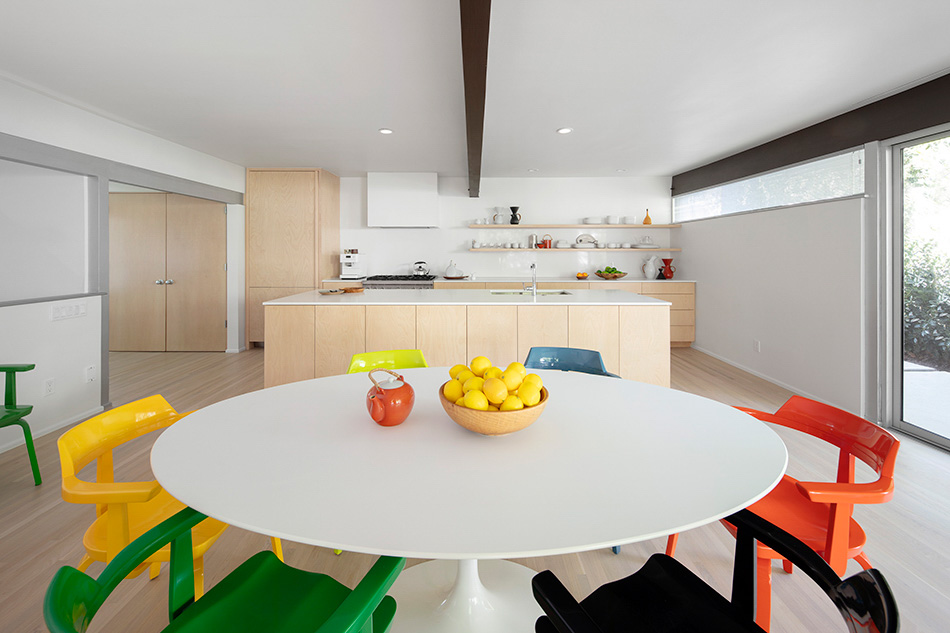 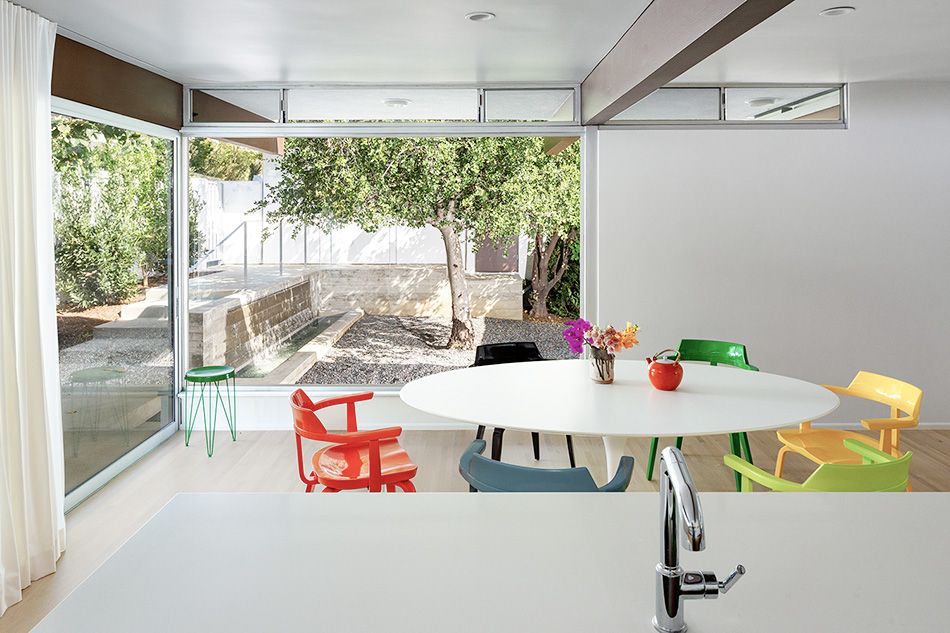 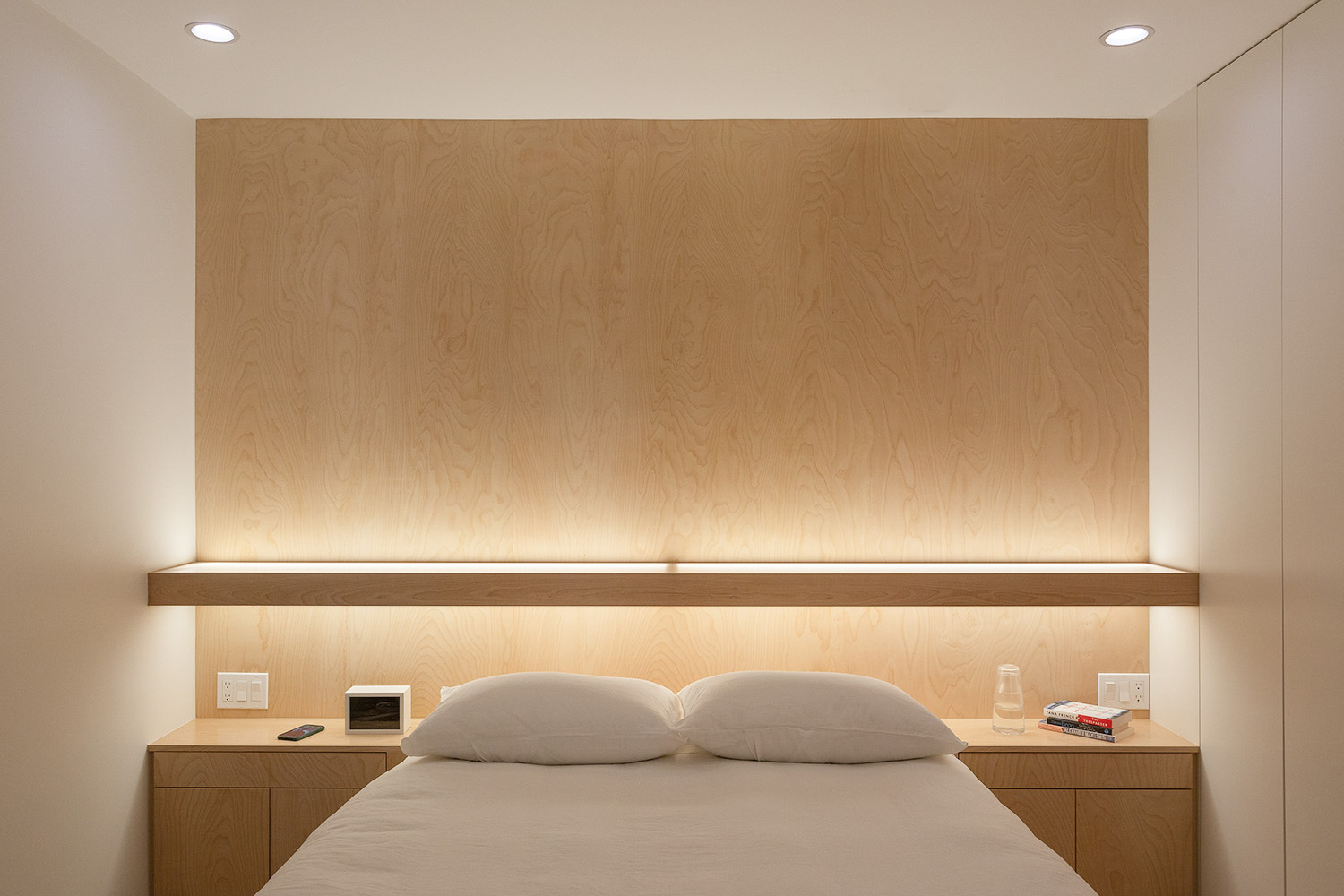 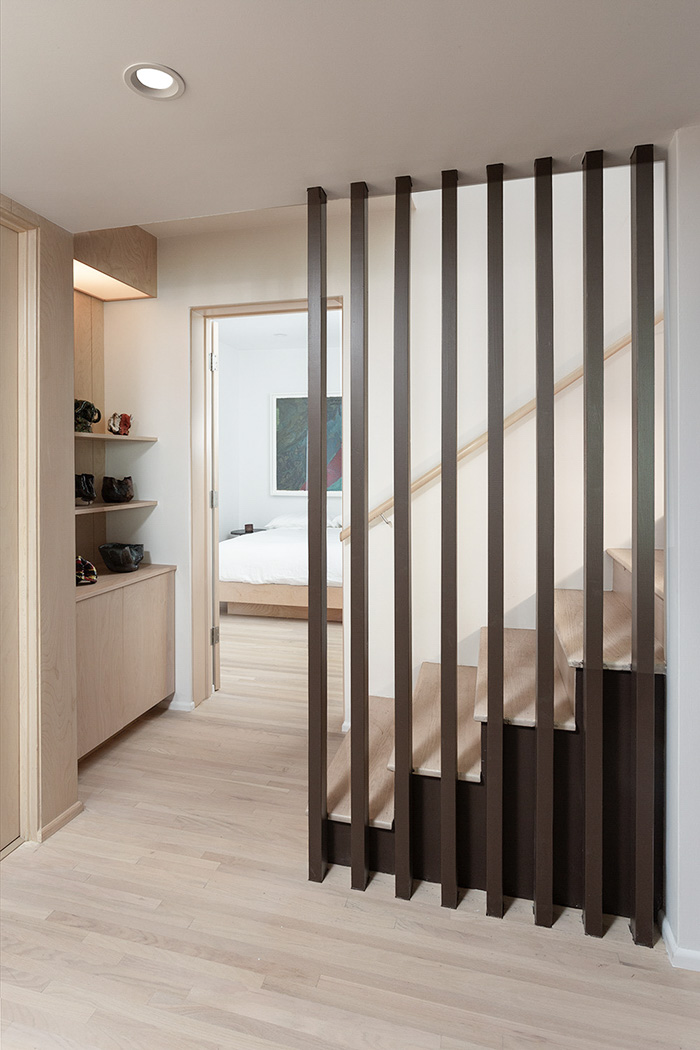