A home for a young family of four, located on a corner lot in one of Toronto’s inner ring suburbs.  Interior and exterior common areas occupy a single volume that extends from the street to the rear yard. A spiral skylit stair extends the ground level common areas to an open space on the second level, that is carved out of the volume of private spaces.

A scrim of vertical posts and climbing vines delicately define the perimeter of the property and lower façade. The vines decrease in density as they extend up from the ground to just short of the ceiling plane, allowing a continuous clerestory to maximize natural light while maintaining privacy below. 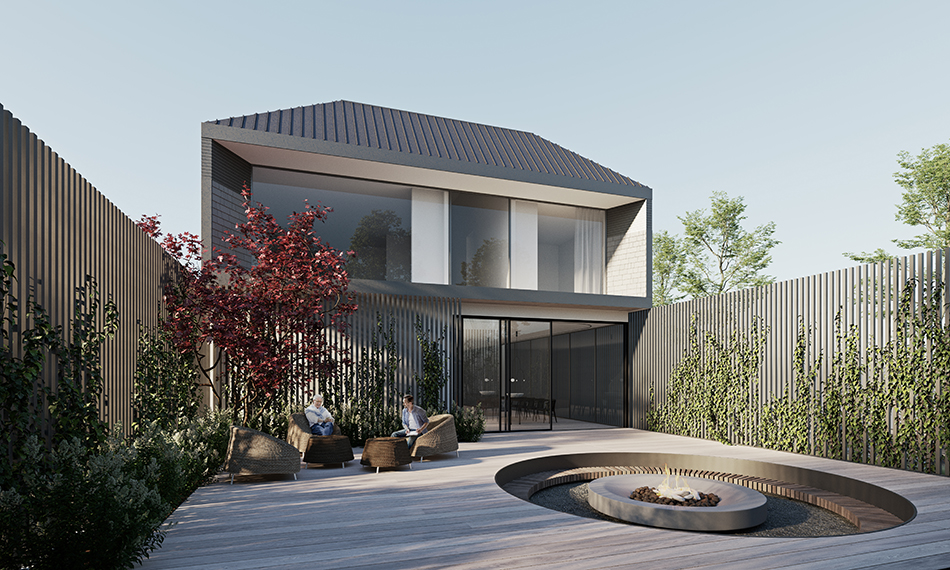 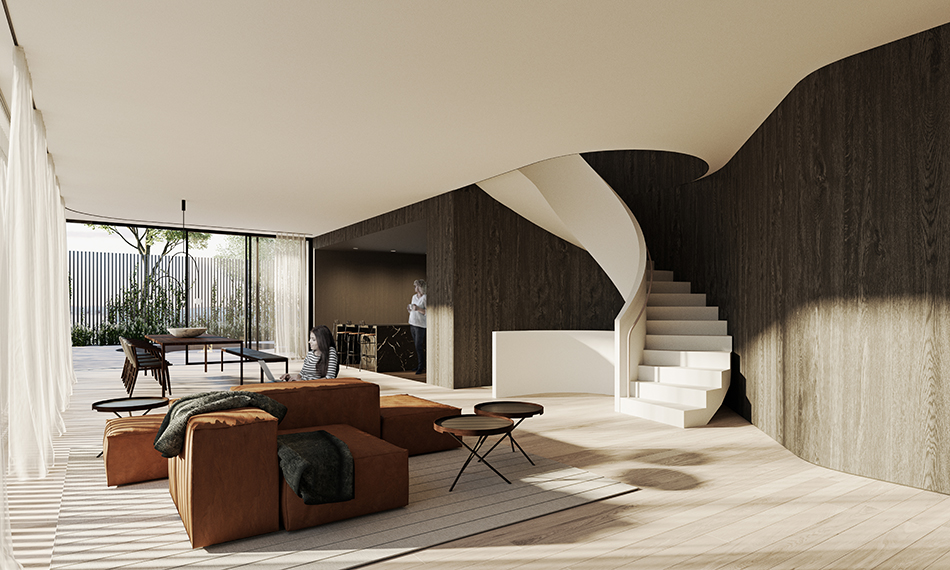 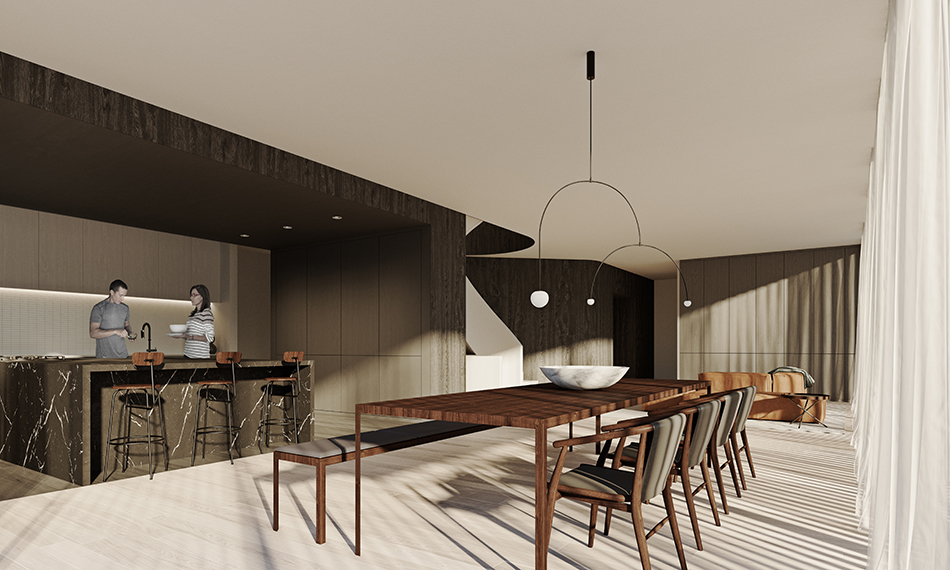 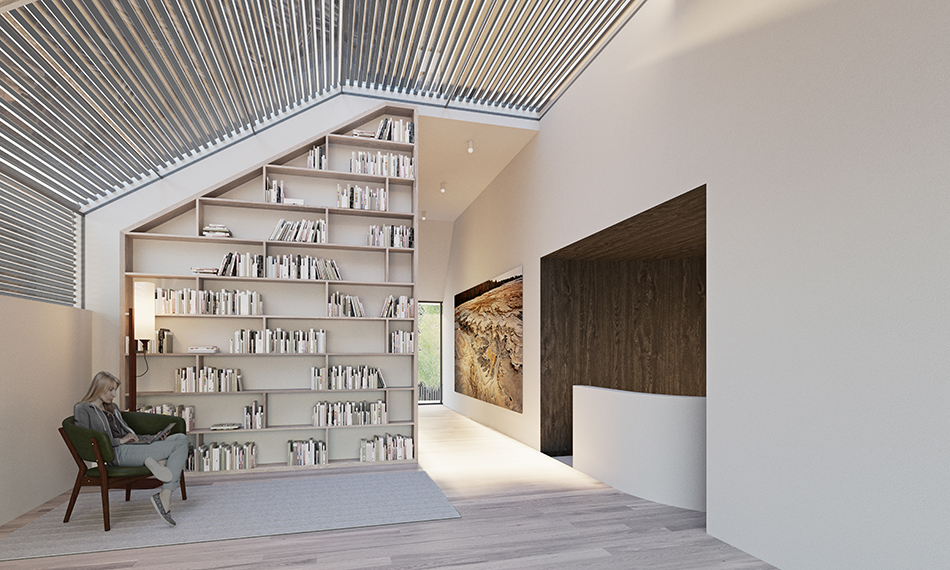 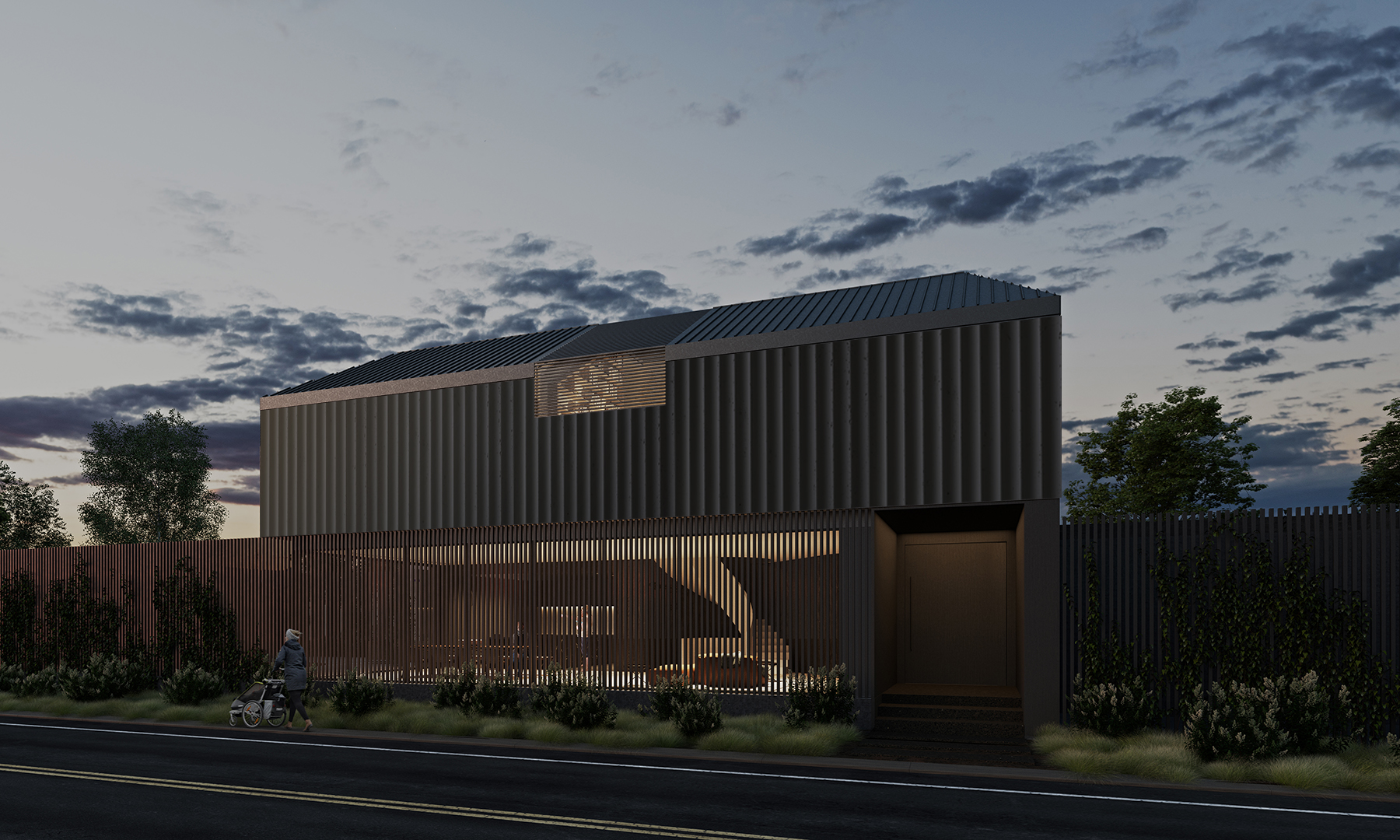